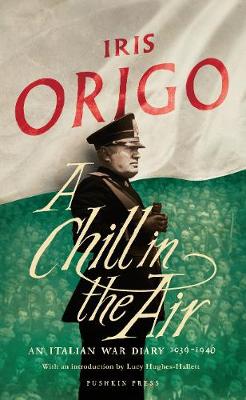 On a quick count, I have seventy-five books on my shelves covering the Second World War or around 5% of the total in our flat (a curiously appropriate number given it is 75 years since the War ended). No other category can compete. My collection stretches back to the 1950s when I bought the Penguin editions of books by ‘Johnnie' Johnson and the French fighter pilot Pierre Closterman.  Looking at my bookcase now, I see histories by Max Hastings, James Holland, Patrick Bishop, Richard Overy, MRD Foot, Joachim Fest, Hugh Trevor-Roper and and many others, including my father, Ralph Bennett whose first book on Bletchley Park I had the pleasure of commissioning in 1975; many first-hand accounts, Geoffrey Wellum’s First Light,  a compelling account of his part  in the Battle of Britain;  books by three brilliant war reporters, Alan Moorhead, Alexander Clifford and Christopher Buckley, along with an outstanding description of tank warfare by the youthful Keith Douglas, From Alamein to Zem Zem;  Christabel Bielenberg’s breathtaking The Past is Myself and  Iris Origo’s War in Val d’Orcia, a striking diary of the civilian’s war which I read on the train going back to boarding school in the late fifties.

I can remember vividly not wanting that train journey to end because I was transported to the farm in Val d’Orcia in Tuscany where Iris Origo lived out a very different kind of war to that I read about in the escape books by Paul Brickhill and Airey Neave. War in Val d’Orcia covers the years 1943-44,and recounts the author’s experiences running the farm at La Foce while helping allied prisoners of war and partisans hiding in the woods, looking after refugee children fleeing from allied bombing, and bringing up her own children and above all avoiding imprisonment or death. This was war from an angle I’d not come across before, and it told me with an unforgettable clarity of the suffering of civilians. But the book is not an account of doom and despair. It is a study of courage and how to survive in extreme circumstances. As she tells her story in cool, unemotional prose, the reader realises that we are in the presence of a most remarkable woman.  War in Val d’Orcia is an exceptional book  and one that I hope will continue to be read for decades to come.

Some time ago I found a first edition hardback published by Cape in 1947. But that Penguin edition of 1956 remains a prized possession because of the memories associated with it.

Iris Origo’s diary of the years 1939-40, A Chill in the Air, was not published in her lifetime. It was found among her papers in La Foce and published by Pushkin in 2017. I was given a copy during the Covid-19 lockdown and read it with huge enthusiasm. Here the perspective is very different. Iris Origo records the ever-changing reaction to the unanswered question that affected every Italian’s life: will war come? The quest for the certainty of truth is the thread of this short but compelling book. In her increasingly desperate search for an answer, the author consumes the papers (they have no independence of view), she and her husband, like all Italians, listen constantly to the radio. She records gossip, anxiety, resignation, despair of those around her, not one of whom can second-guess what Mussolini will do.  She visits her high-level connections in Rome to find an answer but even the the American ambassador doesn’t know. What she describes is the emotional roller-coaster of contemporary life: hopes for peace rise, then fall, then rise again, until the fateful day when war is declared and Iris finds herself living in a country allied to the Nazis.

At  time of growing tension in Europe, the reader is made continuously aware - though without any expression of emotion - of how utterly powerless the civilian is. What is true? Iris asks herself and her friends. What is propaganda? In the papers, the success of fascism is compared with the weakness of the democracies of Britain and France, a perspective I had never encountered before that reveals so tellingly how others interpreted and represented the actions of the British government in the build-up to 3rd September 1939.

This powerful book tells the familiar story of the drift to war but from an entirely new perspective which is what gives it its significance. Civilians are often referred to as “non-combatants.” This extraordinary diary tells us of the suffering of ordinary people who cannot affect the decision to go to war but who  know unerringly that if war is declared they will be forced to suffer.

Harry Rée was a pacifist and a schoolmaster for whom the Fall of France was a decisive moment in the war. He joined up, found he disliked authority and was recruited by SOE in 1942 and in 1943 was parachuted into the Jura district of France to help the Resistance movement. This book is a collection of Rée’s writings assembled by his son, the philosopher, Jonathan Rée. It covers his account of his recruitment and training by SOE and then his life behind the lines. It is not a consistent narrative. The book is made up of Rée’s diaries, stories based on his experiences written for young people, his broadcasts, lectures and letters.  As he says at the start, knowing that if he were killed or arrested, it would be his own fault “meant freedom and adult self-responsibility.” The book is a honest account of his months in enemy territory, relying continually on the friendship and support of the French who show remarkable courage in helping him. He stresses that they were “ordinary people,” men and women who were prepared to risk their lives in the fight against the enemy. (There is a fascinating glossary at the end summarising what happened to all those he mentions in his narratives, many of whom died at the hands of the Nazis.) He tours the region organising drops of  arms and explosives to blow up railway lines. He trains young members of the maquis. He organises operations against the enemy. He listens to the BBC for news his daughter’s birth. When stopped by the gendarmes, he is frightened and with cause. His papers are forged. There are successes and setbacks. There is a traitor in their midst. Rée walks into a trap but manages to escape, though shot in the shoulder and the chest. He describes vividly the death of one of his French agents. These accounts are dramatic because what happened was dramatic.

The reticence in Harry Rée’s writing that matches that in Iris Origo and gives a kind  of nobility to the narratives. There is no ego in either of these accounts. There is only the truth of “this is how it was and this is what I did.” Nothing more because we don’t need any more. The straightforward prose describes events that have their own tensions.  Harry Rée ’s description of what he did during his time in France adds up to an extraordinary account of dedication and courage by the author and those who risked their lives with him.

Why add two more books to what you could argue is an already overcrowded library of war books? Because the experience of war by a rich landowner in Italy or an English schoolmaster working for the SOE in France tells about very different lives lived at the edge. What remains constant to both - and is a salutary reminder to us today - is their quiet accounts of what human  nature is capable of doing in the face of extreme circumstances.