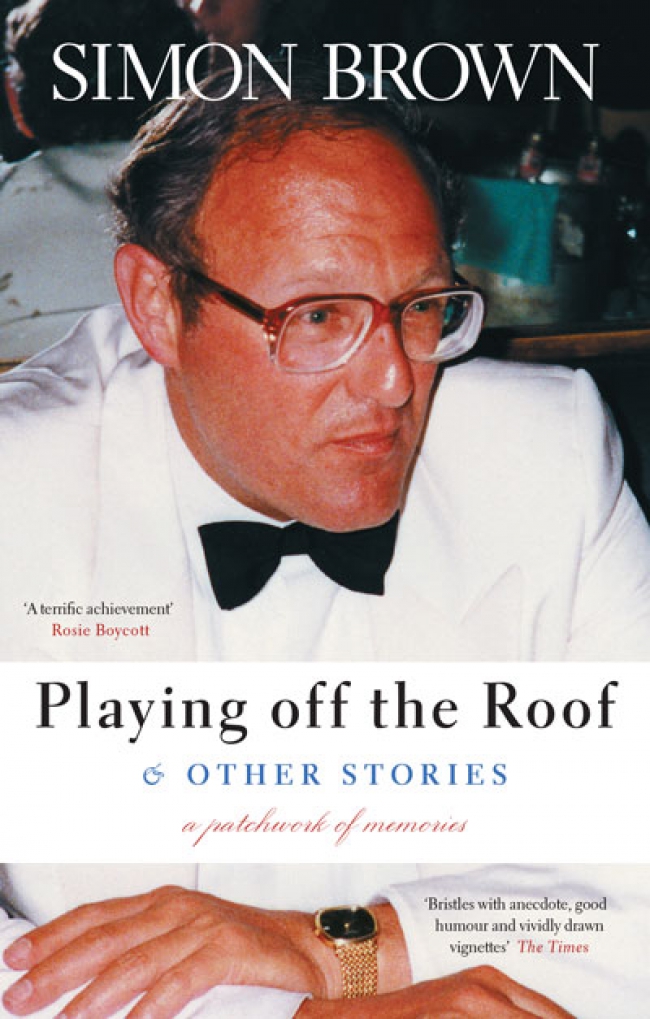 Playing off the roof & other stories: a patchwork of memories

Written with humour and insight, this informal memoir is a delightful celebration of the passions that have driven Simon Brown's life.Whether recalling incidents from his early years as a barrister (courageously breaking away from the family business) or as Treasury Devil, or during the later stages of his legal career (ending as a Justice of the Supreme Court) - or whether talking about his family, telling us his golfing tales, or describing his enjoyment of the Garrick and his many travels around the world - he exudes a zest and delight in what he does and an affection for those he works with and meets that is a deeply endearing characteristic. Friendship is a constant theme, the pleasure he takes in other people. It is this extraordinary energy and enthusiasm for life that defines Simon Brown and lends this memoir its huge attraction.

10 Early Years at the Bar

18 Golf – Rather More Than Eighteen Holes

19 My First Murder & Other Circuit Trials

Simon Brown (Lord Brown of Eaton-under-Heywood) was born in Sheffield in 1937 and studied History at Worcester College, Oxford before switching to Law. Called to the Bar in 1961, he became Treasury Devil (First Junior Treasury Counsel) in 1979. There followed a distinguished career on the Bench: appointed to the High Court in 1984, he was successively a Court of Appeal judge and a Law Lord. Retiring from the Supreme Court in 2012, he now sits in the House of Lords as a working crossbench peer.

Simon Brown has been married since 1963 and has three children and five grandchildren.

"Can a person who has achieved so much really be so down-to-earth and so utterly lacking in pomposity? In this entertaining memoir Lord Brown proves one can. Rarely has a legal autobiography revealed such a charming and self-deprecating character. Lord Brown has written an unstuffy and brisk account of his life from cradle to vigorous old age. It bristles with anecdote, good humour and vividly drawn vignettes of the gallimaufry of legal personalities he encountered."
- Thomas Grant, The Times

"You don't become the government's top lawyer and join the UK's top court without considerable reserves of wisdom and determination. Though Simon Brown professes to be stringing together just a few reminiscences, he takes us back to an almost-forgotten world where moral courage was in short supply ... and where the Secret Intelligence Service could take its judicial commissioner to places that few others would see."
- Joshua Rozenberg

"An entertaining account of a life in the front ranks of the law. It has the characteristics of its author: wise, self-deprecating and very good-humoured."
- David Pannick

"Simon Brown has written with a light touch a humorous account of his career journey (including the occasional golfing life lesson) from the foothills of the English legal system to its highest summit."
- Richard Dearlove

"A delightful glimpse into a rich and distinguished life."
- Eliza Manningham-Buller

"A chatty and convivial account of an amazing career at the bar and bench, encompassing the High Court, Court of Appeal and Supreme Court ... A very readable autobiography of a leading judge."
- David Pickup, Law Society Gazette

"Simon Brown was recognized by his peers as the pre-eminent specialist in judicial review - the liveliest area of modern judge-made law. Now retired from the Supreme Court, he has produced a memoir of characteristic modesty which reveals not only the lawyer but the man himself in a sequence of anecdotes and reflections and stories as entertaining as they are enlightening."
- Michael J. Beloff QC

"Full of fascinating and highly amusing stories about life at the Bar and on the Bench ... Utterly engrossing."
- Andrew Longmore, Middle Templar

"A great storyteller with many great stories to tell after a long and interesting life in the law ... a terrific achievement."
- Rosie Boycott